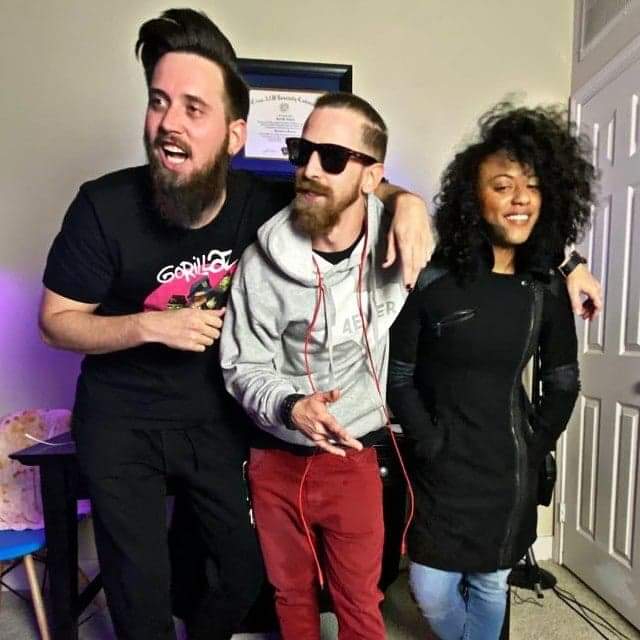 After listening to “Darkness” by Levi Deadman (ft. Loonar and Keira Nova), I’m beginning to think that the main reason I don’t often listen to rap music is that I can’t understand the lyrics. I genuinely enjoy listening to this song. Those who know me have heard my spiel that I can’t really get into a song unless it has lyrics: this is also why I’m not a big fan of classical music. It’s beautiful, but it doesn’t hold my attention for longer than a minute. Despite the speed matching the rap genre, the lyrics of “Darkness” are coherent. Not needing to look something up to understand it makes everyone’s life easier.

The writing of these lyrics is also a point of fascination. They are intricately woven with figurative language and repetition that pull at the senses and the imagination. The content of the song is quite timely, because while it is partially about the artist finding his way in the world of the music industry and the genre of rap, it has relatable cords to life in general. Especially with everything going on right now, feeling scared and marginalized is entirely relatable. For instance, the first and final verses have lines that reflect on how the world, or certain situations, can feel insane or apocalyptic.

In truth, the second verse is truly where the point of the song – the artist’s reach for relevancy in the rap genre of the music industry – becomes clear. I think my favorite lines of the song are “I think I’ll go diamond if they let me in this hockey rink/you rappers all on ice”, because of how it is phrased with the beat and written, but also because it is a very clear challenge to modern rap artists for not living up to the singer/narrator’s standards of rap music.

The imagery of the song is enticing. There are metaphors for taking a leap of faith like “sky-dive with no harness”, ones for inner reflection like “step outside into your darkness”, and for the way the narrator views himself as heartless, as in “I don’t need a heart to barter, left it on a backroad”. These, among many of the lines of the song, are poetic, but they also help to drive home the points the artist is making about his own perceptions of himself and his music.

There is a lot of repetition of the chorus throughout the song, but the song is short enough that it is more useful to the listener than annoying – even for those of us who generally don’t listen to rap. There is so much detail even in the brief chorus, that the constant repetition is necessary to grasp all the imagery inscribed.

Plus, the song has a good, steady backbeat or pulse, with interesting vocal arrangements and a myriad of sound effects to add flavor. Definitely worth a listen – or three.